A downloadable game for Windows and macOS

Frog and Croc is a retro-style 3D platformer based on the concept of controlling 2 characters with different abilities. The player must swap between playing as Frog and Croc as they navigate the environment and collect all of the golden clams. Solve navigational puzzles, fight enemies, and platform your way across the island!

All of Frog and Croc takes place on a single, interconnected island. There are a total of 4 main areas to explore on the island. 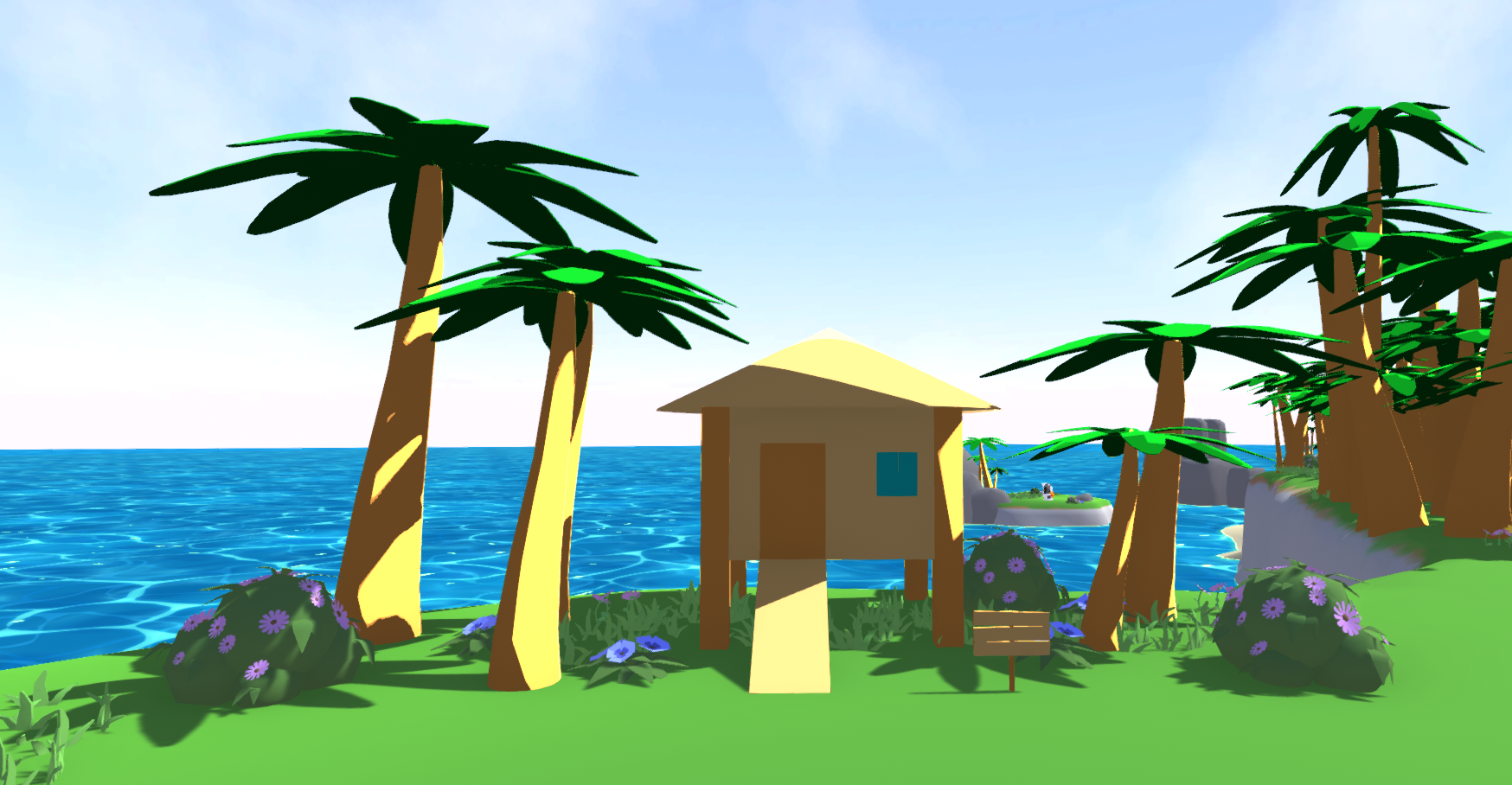 The first area is Frog and Croc's home. Frog and Croc live in a tropical hut overlooking the sea. They have a swing set and jungle gym that they use to stay active. 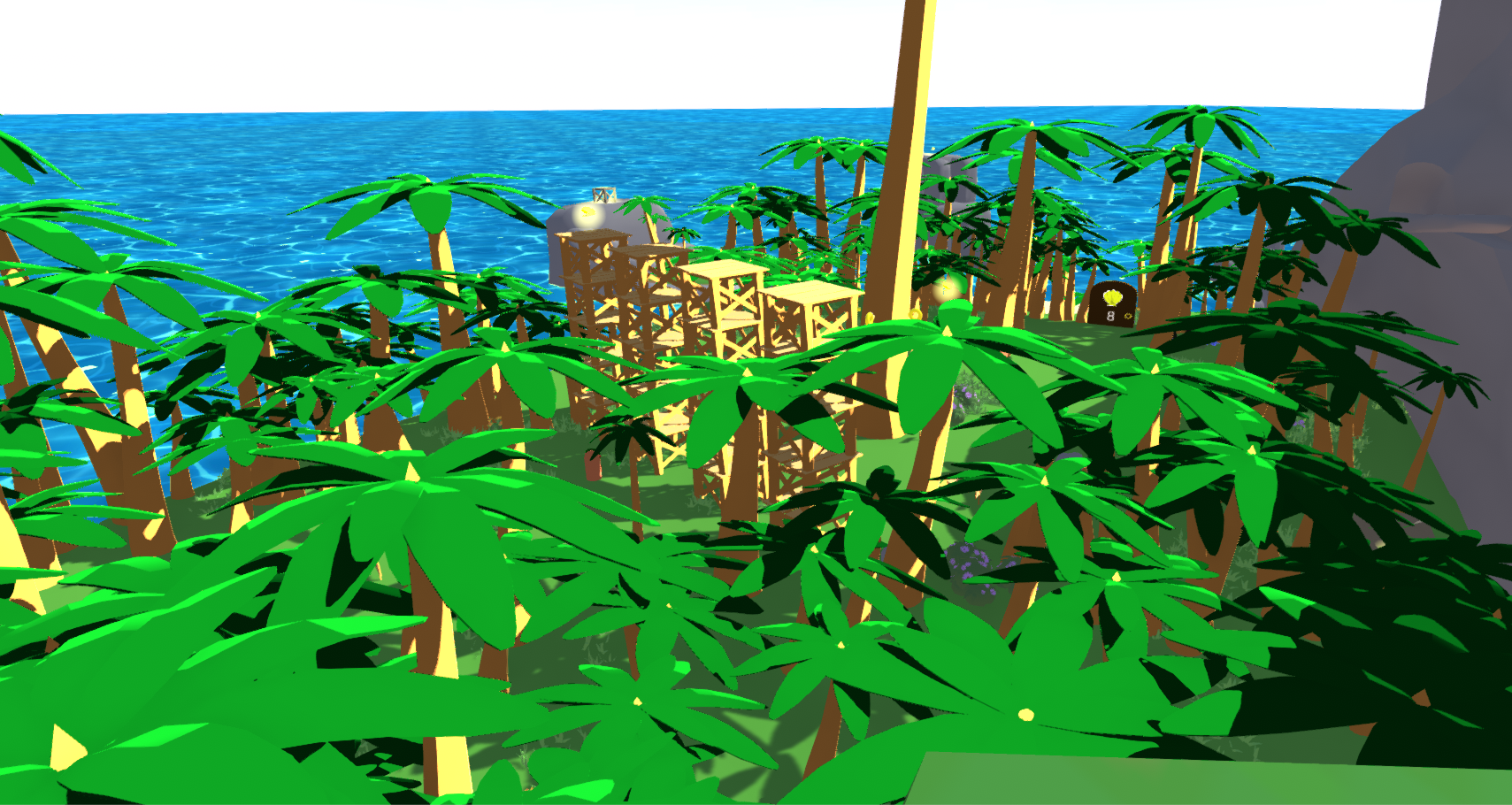 The second area is the Palm Tree Forest. The forest is inhabited by enemy tikis that have stolen the precious Golden Clams, so be on your guard! 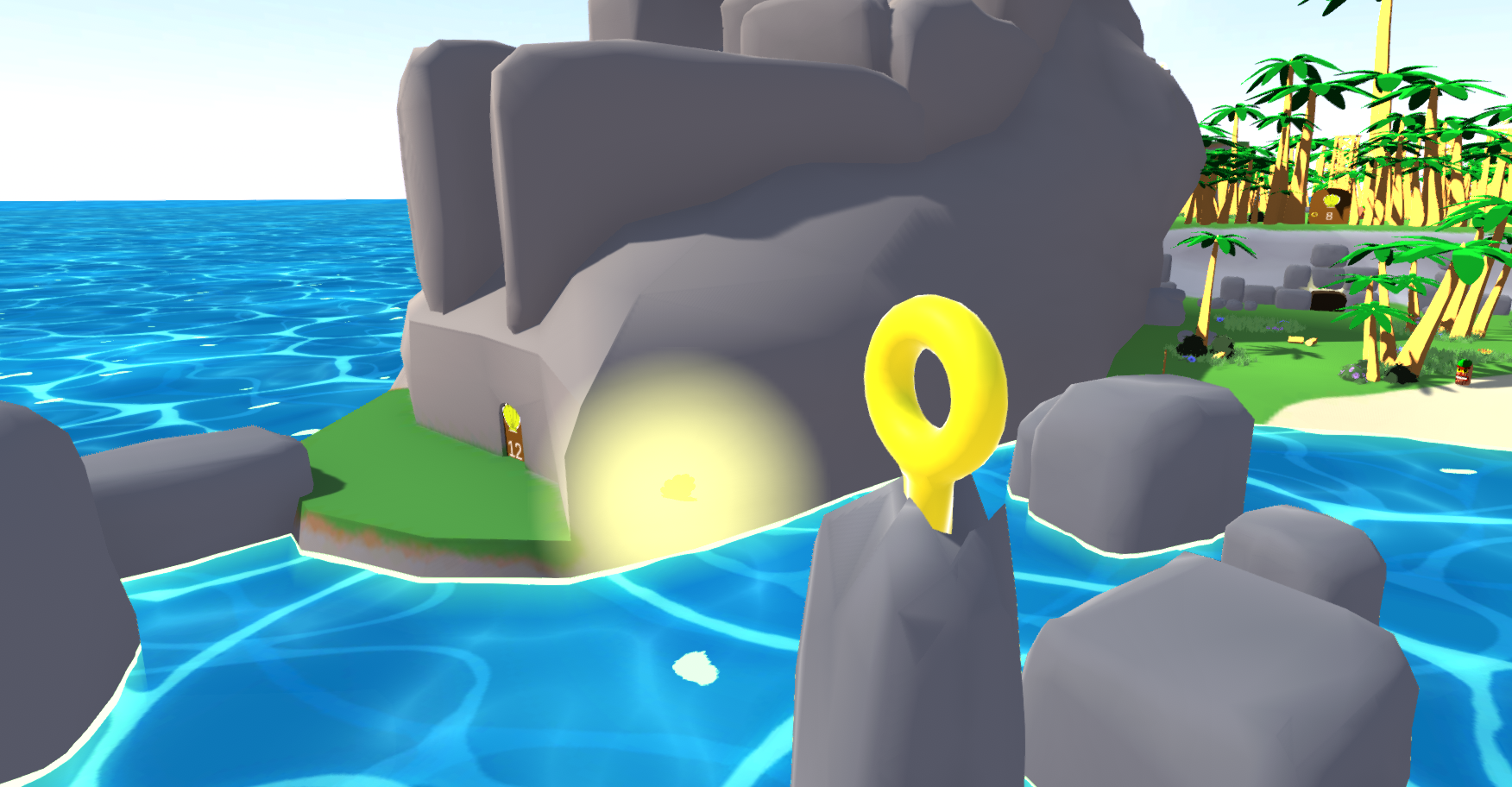 The third area is the Seashore. If you listen closely, you can hear the waves crash along the shoreline.  Dangerous waters completely surround the island, so as tempting as it is to take a dip in the sea, you might want to think twice. 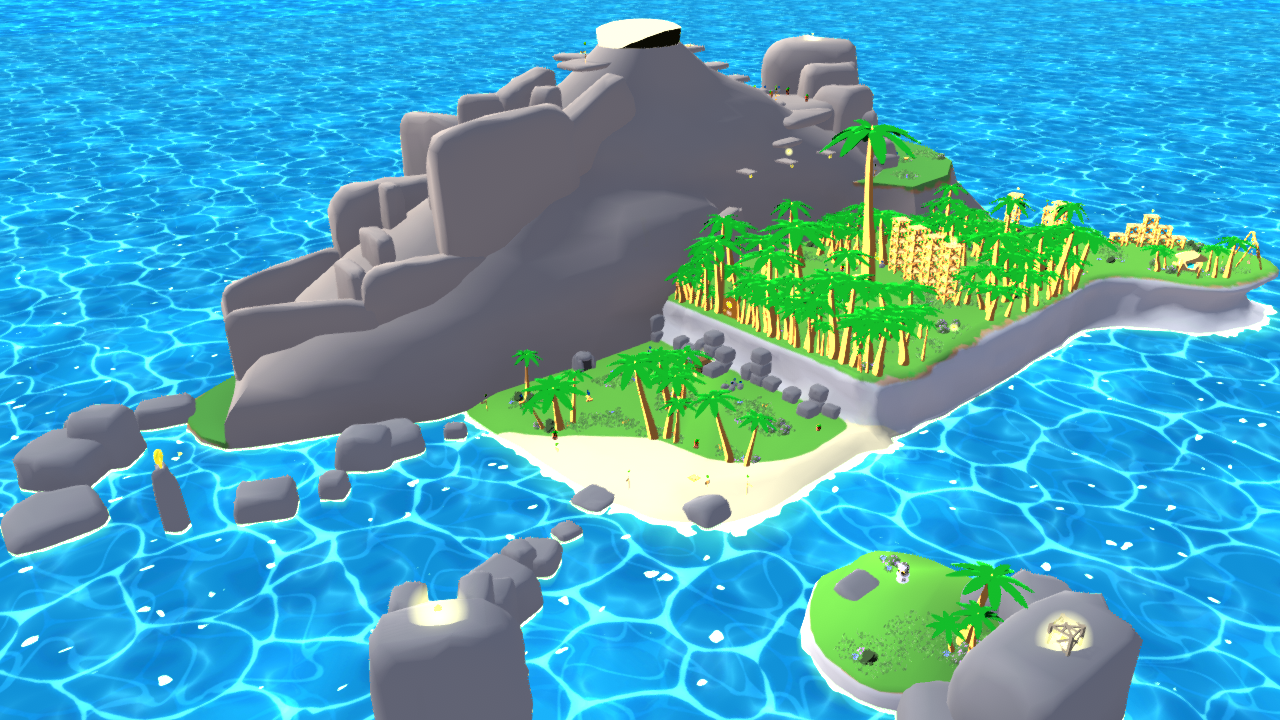 The last area is the Volcano. Rumor has it that the tikis put a giant cork at the top of the volcano to guard the Sacred Giant Golden Clam that lies inside, but nobody can say for sure. 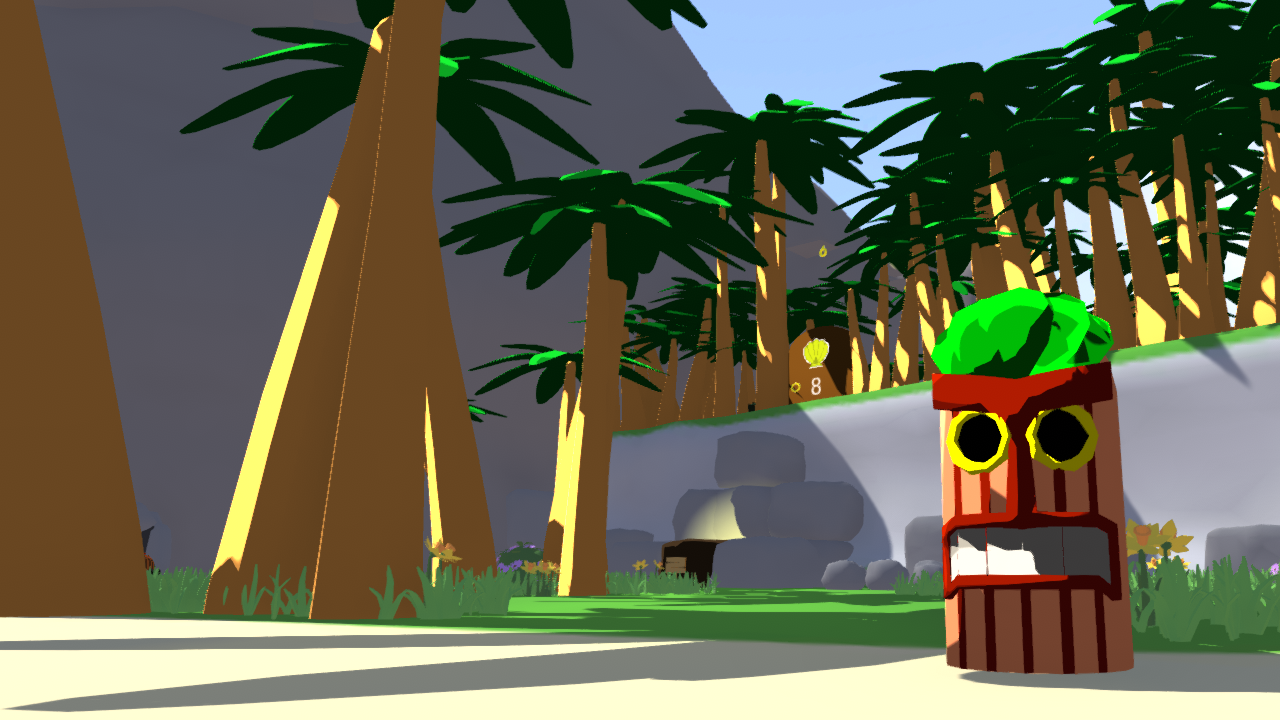 This enemy is the most common tiki variant you will come across on the island. Though they may look tough, they're actually very weak and are easily defeated with a single attack. They're a social bunch, and they often like to gather in groups. They will follow their target until they are close enough to strike, so it would be wise to keep your distance. 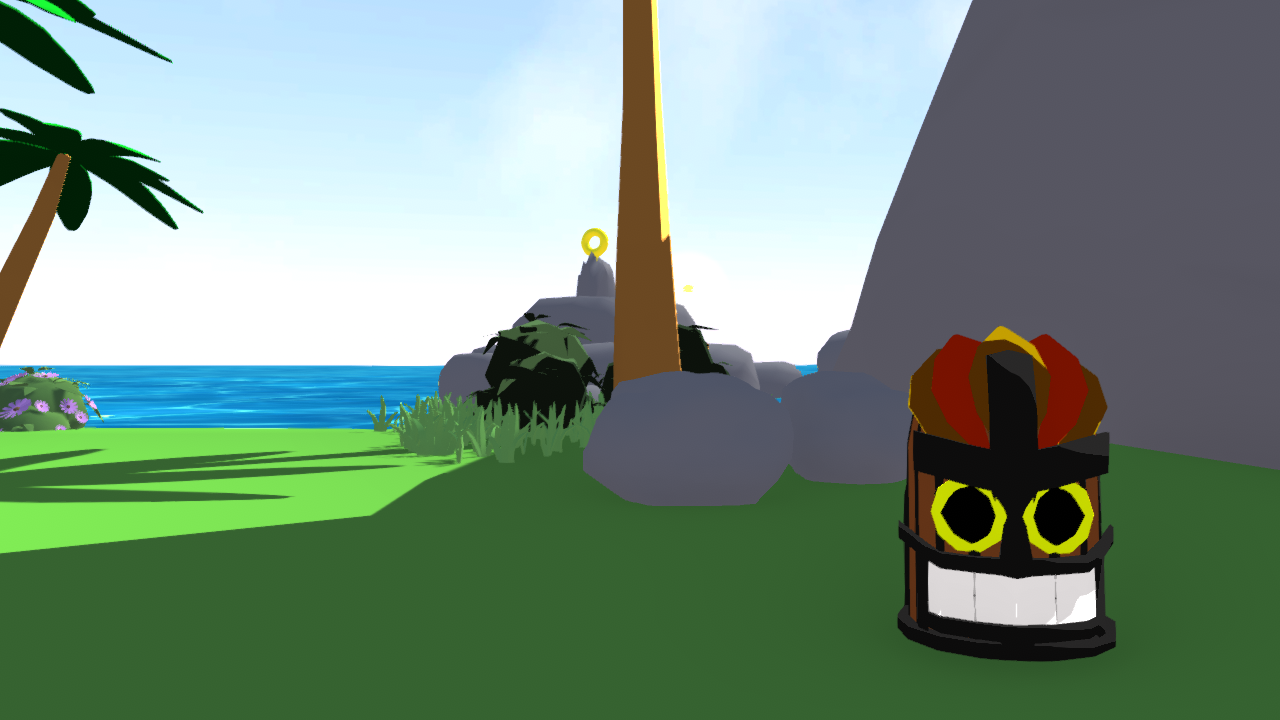 This tiki variant is said to emerge from small caves that are found in several places throughout the island. This tiki can not be damaged by any basic attacks. To defeat this tiki, you must get them to self-destruct! When attacked, the Exploder Tiki will become dazed and confused. Croc is strong, and can pick up the Exploder Tiki while they are stunned. Exploder Enemies will self-destruct when thrown, so use this self-defense mechanism to your advantage! 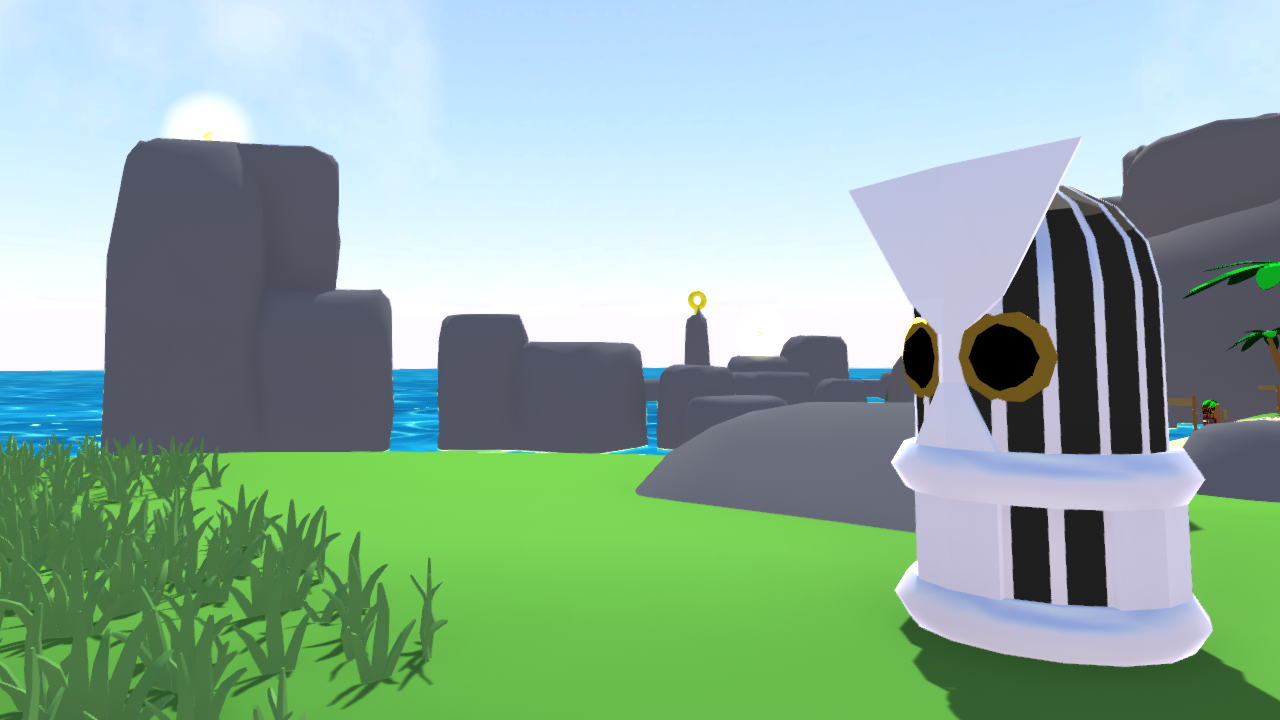 This tiki variant is the most rare enemy to find on the island. Armored Tikis are lone wolves and will often seclude themselves from the other tikis. These tikis are the toughest of the bunch. They have impenetrable armor all over their bodies, and no attack directed at this tiki's armor-covered body can damage it. Thankfully, they have a hole in their armor on their back. They are only vulnerable in this weak spot, so you should attack it with all your might!

This video is a full playthrough of Frog and Croc. If you would like to experience the game without any spoilers, we advise not watching this video.

Frog and Croc is built to be played on either Windows or Mac operating systems. Before playing, please use the menu provided to select the appropriate resolution and quality settings for your device. Additionally, the game is played using an Xbox 360 or Xbox One controller, so make sure to have one handy!

Extract the contents of the downloaded '.Zip' file to the desired place on your computer.

Windows: Double click the 'GameDev2019.exe' file. Select the settings that you would like to run the game at.

Mac: Run the 'FrogAndCrocMacBuild'. Select the settings that you would like to run the game at. *To initialize controller driver, pull both left and right triggers after clicking play on the main menu. 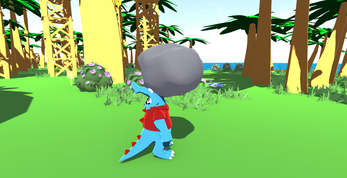 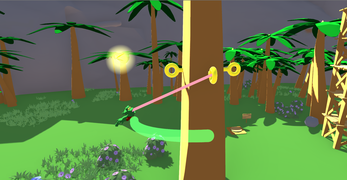 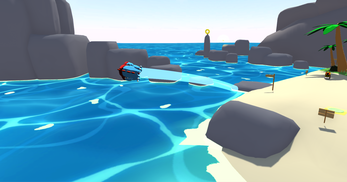 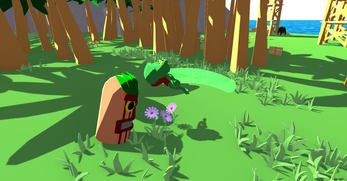 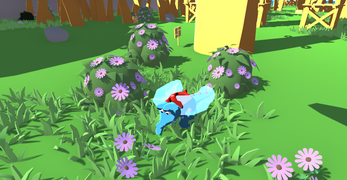 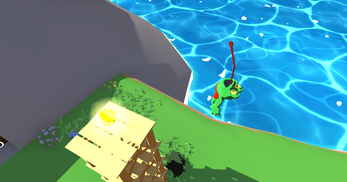